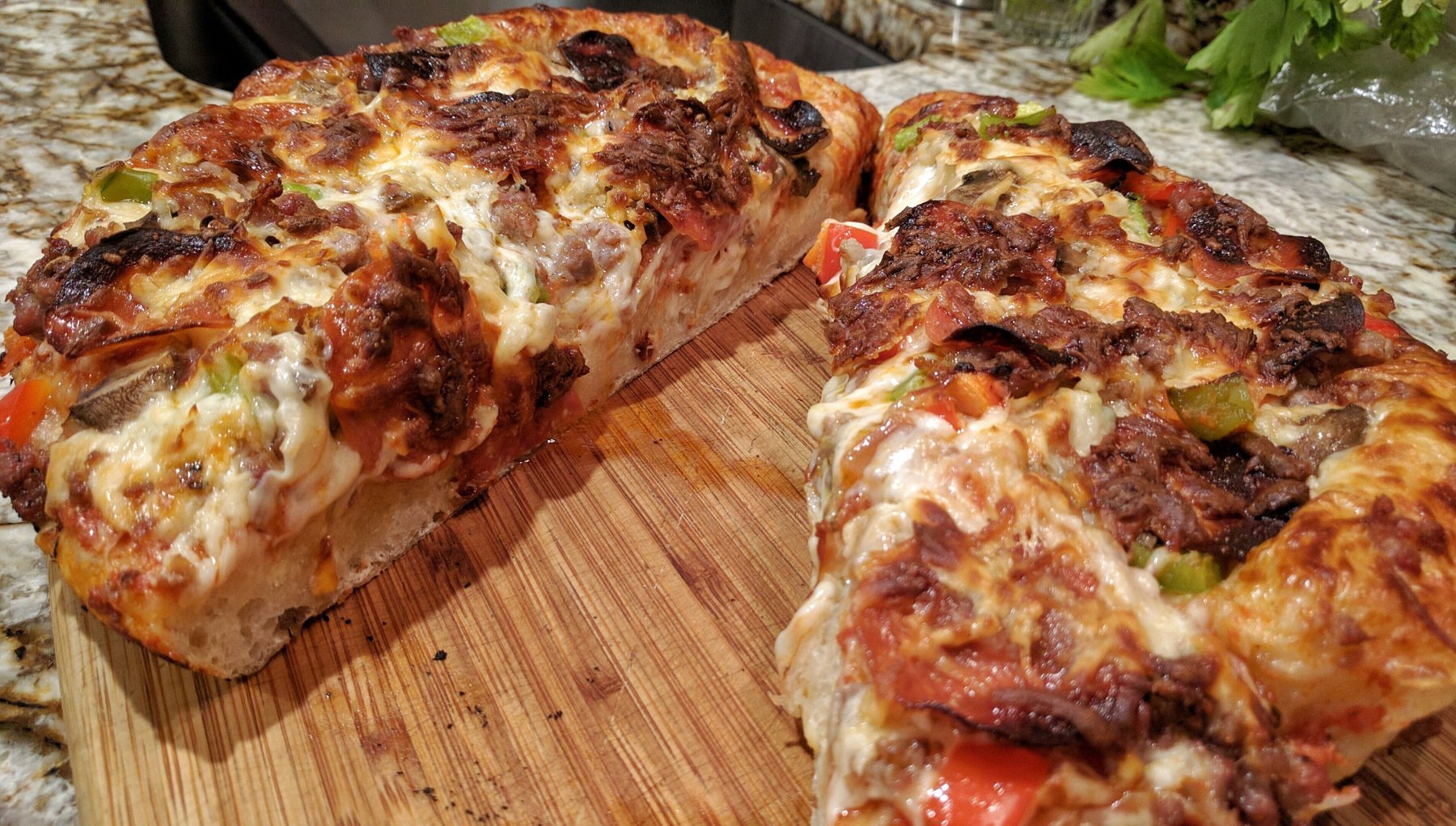 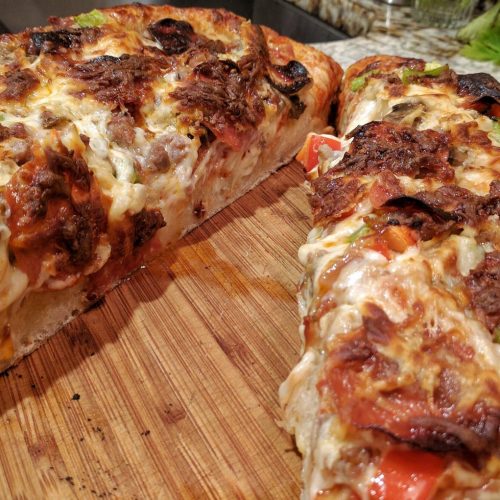 Every single person on the planet has their own concept of what makes the perfect pizza. This pizza is pan style.  It’s a thick crust pizza.  The toppings mentioned here are the toppings we like.  You can add whatever the heck you want to your own pizza.  This one is ours.
Print Pin
Course: Baking
Cuisine: Italian
Keyword: pizza

Optional Stuff (Use what you want)